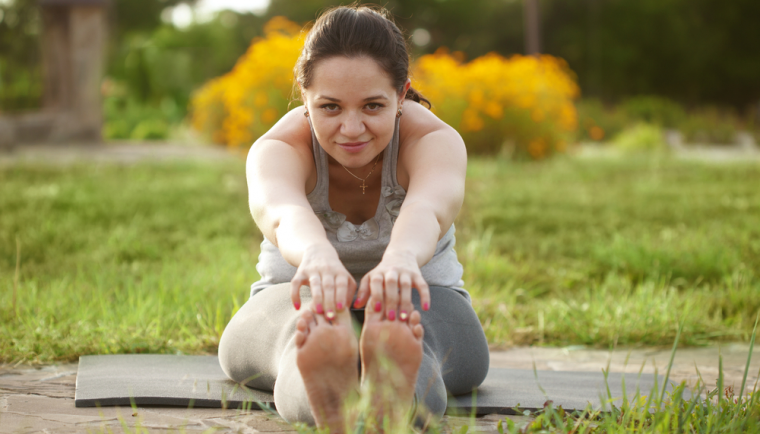 As a WLS fitness enthusiast I am often asked, “What motivates you and propels you to exercise so much?” – The answer has always been so very easy for me. My father. My father was the champion of my weight loss journey and a centrical part of my decision to have weight loss surgery. As I approach the second year anniversary of my Father’s passing, it becomes so abundantly clear to me that the intrinsic motivation I have towards bariatric fitness, has been forever etched in my soul as something I share with my father.  That motivation has transcended the distance between us even in his passing.

When my 83-year-old father came to me with the message “I won’t be around much longer and I need to know that you are going to have a happy, healthy life,” it made me realize that my own internalized fears of dying an early death due to obesity were very real; and that those very same fears plagued my Father as well. It wasn’t but a few months later than I decided to pursue weight loss by means of gastric bypass surgery. The morning of my surgery I weighed in at 334 lb. and had achieved a total pre-operative weight loss of 86 lb. which had already changed my health dramatically. I was no longer on medication for hypertension, edema, or diabetes and my then 84-year-old father was able to express his pride in my accomplishments.

In January of 2011 I was celebrating my first 100 lb. of weight loss or “Century Club” and had just hit “Twoterville,” as we like to call it, (Twoterville: When your weight drops under 300 lb.) when my father had a stroke. I rushed home to CA to spend a few months helping to take care of him and attempting to help rehabilitate him. In late June having just lost my second 100 lb. I was celebrating “Double Century Club,” as I like to call it when I received the news that he had suffered another stroke. This time time there was no doubt, I needed to go back to CA immediately because my father was dying.

For two weeks of hospice I sat next to my father and focused on sending him home. Saying good-bye and ensuring that he knew that it was alright to leave me was one of the hardest and yet, most beautiful things I have ever found the courage to do. To ease this transition for us both I made deal with my Dad on his death bed. “Daddy I don’t know what I believe in. I don’t know where we go after this. But the one thing I know for sure is that if there is a place that you can go where you get to look out after me and watch over me, you’ll be there. So I’ll make a deal with you Papa; I need to know that you’re going to see the end of this journey when I get there. So I’m going to believe that every time I exercise you’ll be there with me, listening and watching over me.”

I started running on the eve of his death. Somehow I knew right then that running would become a passion of mine; once the initial grief passed I took great comfort in knowing he was there with me as we discussed.

This connection with my father through exercise became one of the biggest intrinsic motivations in my life. It added new direction and redefined exercise for me forever. During the next 60 lb. of my weight loss journey I started to view exercise as a grieving tool; a way to not miss my father so much it paralyzed me with sadness. I shifted from being a woman who resented others for not exercising with her to being a woman who appreciated exercise as alone time and time with my father. I went from viewing exercise as something I had to do to lose weight to something that I found soothed my soul and nourished my spirit. Remarkably, as exercise transcended through my father’s death, it allowed me a new sense of spiritual awareness I had never found before. For the first time in my life I started to trust and believe in a higher power.

Before I had even realized what had transpired, exercise was a coping skill for me. It didn’t matter what the emotion was, happy, sad, frustrated, angry, confused or depressed; Exercise was something I could turn to and find an emotional outlet. Even more, it enabled me to add recreation and leisure to my life in a way it did not exist before. It became a way I could meet and later, even inspire, other people. Suddenly a photo of the screen when I was finished with a workout, or a simple post about what songs were on my playlist while I was in the gym became something that helped inspire other people to get their fit on. It just compounded and continued to become a pillar of strength inside me and that compelled me to seek out a new career that would allow me to try and help others in their weight loss journeys.

This time of year is a struggle for me. Father’s Day is so closely followed by the anniversary of my dad’s passing. Since my father passed away early in the morning on July 5th, I cannot help but associate it with the 4th of July. Then I have to face what would have been his birthday on July 20th. This time frame rocks my emotional world.

This year I have combated this grief by replacing it with moments of triumph and with positive memories that I can share with my father through the connection we have in exercise. On Father’s day I ran a personal and private half marathon in his honor. This year I have a contest on my blog that ends on the eve of his death. This contest gives away the opportunity for one of my blog readers to travel to CA to run the Tinkerbell half marathon with me in January of 2014 and serves as yet another tribute to my father and his ability to teach me that truly, I could do anything I set my mind to and that no dream was too big if I had the strength and courage to pursue it.

Finding a connection to post operative fitness that allows your exercise paradigm to shift from being something you struggle to do into being something that you want and need to do; in my mind is quintessential to the weight loss journey. I believe post weight loss fitness is one of the key ingredients to successful and maintainable weight loss. That’s why I have started to seek and develop a career as a bariatric fitness leader.

This article originally appeared on obesityhelp.com.